MES (Manufacturing Execution System) development
Supporting the development of a Manufacturing Execution System (an application controlling the set of equipment responsible for inspection, testing, and initial calibration in the manufacture of industrial machinery) which is used at the new European manufacturing base.
Liaising with the head office’s manufacturing department, we provided applications ensuring the correct inputs and outputs for equipment and testing devices with varying connection protocols and communication methods, from the requirement definition and specification drafting stage to development, implementation, operation and maintenance, for a total of 33 man-months of support.

The requirements and specifications for the 6 equipment systems (drafted in English to account for their European development and operation) were drawn up at the Japanese head office over a 6-month period.Development using Visual Basic then took place in the UK, after which the actual equipment and testing devices were connected and an integration test was conducted. Adjustments and corrections were then made before completing the implementation.Data provided by the ERP host system is imported, communication is made with the equipment and testing devices and information gained about the target product, the testing and control programs are uploaded, initial values are set and the data cleared, after which the results are stored in the database.The equipment and testing devices to which these applications are connected range from hand-held terminals to special printing machines, lifting power testing machines and on-board ECU testing/writing.

By entrusting development to our Europe-based company from the start, the client was able to reduce the number of man-hours required for project handover and business trip expenses and transition smoothly to post-implementation operation.The requirements were defined in Japanese by Japanese staff at the client’s headquarters, while bilingual development staff were used to deliver an English-language version of the requirements and specifications on the European side.In addition, because some equipment and testing devices are procured in Europe, Q&As and discussion of the specifications with the manufacturer had to take place in English, while deliverables such as manuals were also kept in English.Post-operation support and problem identification take place during European business hours in both English and Japanese, enabling the appropriate operational maintenance to be performed and improvements made. 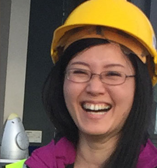 As our client was a major organisation, we needed to confirm the requirements with multiple manufacturing departments and personnel, and the project required particular attention to coordinating, confirming and sharing information.By consulting with equipment and testing device manufacturers across Europe, and reporting to the Japanese head office while working on the drafting of the specifications, I contributed to the success of the project.Our company had the good fortune to be entrusted with the requirement definition and development stages, and we are proud to have created a system that reliably meets the requirements.

We send out a free email magazine featuring cutting-edge information and columns that provide insight into the state of IT worldwide.

Get details and answers to your questions about Newton IT’s services.
Please get in touch using the ‘Contact Us’ button.